CodeCov uploads from Azure Pipeline CI runs on the GitHub ActiveDirectoryDsc repo have been failing for the last two weeks with the error ‘Build numbers do not match. Please upload with the Codecov repository upload token to resolve issue.’. They were working previously. 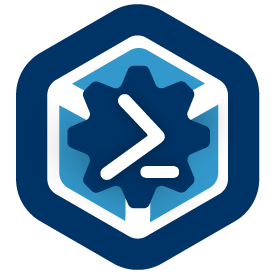 Let me check over at the bash uploader repo https://github.com/codecov/codecov-bash and see if we recently caused something that could cause this.

I wasn’t able to see anything. Is this still happening?

This is strange. When I call the API for that build: https://dev.azure.com/dsccommunity/ActiveDirectoryDsc/_apis/build/builds/1229?api-version=5.0

It does indeed return a different SHA:

We are not explicitly specifying the SHA. We just call the codecov bash script like so:

Both of these SHA’s appear in the response from https://dev.azure.com/dsccommunity/ActiveDirectoryDsc/_apis/build/builds/1229?api-version=5.0.

sourceVersion is what we check for tokenless.

commit="$BUILD_SOURCEVERSION" is what the bash uploader grabs for the commit.

We are encountering the same issue. In case it helps, here is some info that may help debug the issue.

We were able to fix this by manually defining the sha

I think something wrong happens here (in codecov.io/bash)

Here -C skips this if by using commit="$commit_o"

Using -C does not work for the scenario in the DSC Community repos (we have this issue over all repos in the org that we are enable this for). This DID work before. So something has change somewhere.

NOTE: This example below is from a branch, not a PR. So the error occurs for branch commits too. Testing on a fork of xFailOverCluster repo.

Using argument -C is the same as the script already does. At line 790 it does

Which when the block that is mentioned above it hits which is skipped since commit was set at line 790.

Running the bash script with debug messages (a copy with added say lines) I see that both returns the same commit at the end. First run is without -C, and the second run is with -C.

And from the API the source version is
https://dev.azure.com/viscalyx/xFailOverCluster/_apis/build/builds/524?api-version=5.0

@drazisil what does the error message “Build numbers do not match.” mean? It can’t have to do with the commits. Is something else going on?

I am also hitting this issue, I had just created an issue when I found this thread

I am trying to use CodeCov with Azure Devops Pipelines and I am not able to get the tokenless authentication working. When...

PM from Azure Pipelines here. I’m suspicious of the timing and code change in this PR: https://github.com/codecov/codecov-bash/pull/256

Previously, $pr would always have been empty, because we never had environment variables called $PULL_REQUEST_NUMBER or $PULL_REQUEST_ID. I bet that correcting that assignment to $SYSTEM_PULLREQUEST_PULLREQUEST* broke the logic further down the page.

We’re also investigating on our side, but we believe we haven’t changed the contents/semantics of any of the variables the Bash uploader looks for.

Hi everyone, thanks for reaching out here. I’m not exactly sure what happened, but I’m no longer seeing this issue on the repositories above. I would guess that maybe there was an issue with the bash uploader that has since been resolved. Please let me know if this issue has not been resolved for you.

Also thanks @vtbassmatt for reaching out here, we always appreciate the help.

Did you look into the suggestion by @vtbassmatt?

@tom can you give us what you are seeing on your end? What value is Codecov API expecting in the example PR I linked to above? That would help narrowing down if the wrong value is sent or if your end is expecting the wrong value.

Yes, I think I misspoke last night. Thanks @johlju for the logs, this is extremely helpful. I need to add some logging on our side and play around to see why this is happening.